Mr. De la Parra is an entrepreneur focused on Information Technology, Education and Health. He is creative, results-driven and has 16+ years of Digital Strategy experience in architecture and implementation. Mr. De la Parra serves as Chief Information Technology Officer and is a member of the Advisory Board at the Kala Institute. He is the COO and Co-founding Partner at The Solomon Brokerage Firm and leads as CEO at Mass Media Division and at De la Parra Mobile Solutions. He is the former President & Co-founder of PetroM Renewable, and served as Vice President of Operations & Strategy at PetroM Corp across all of its divisions, including PetroM Logistics. He is the former COO & Co-founder at RegenerAge Clinic & RegenerAge Beauty. Mr. De la Parra is the former CEO & Founder at Astrum Salud Móvil and its Telemedicine service Astrum Móvil, former Digital Strategy Director & Co-founder at Dr. Jois, BiorganicAging, What Skin Needs/WSN International Pty. Ltd. He also served as a member of the Board of Advisors and is former Chief Marekting Officer at ReAnima Advanced Biosciences and served as Digital Media Director at Bioquark, Inc. He also served as the Latin America Region Manager and Digital Strategy adviser at CardiacSense and is former CITO & Senior Partner at Cerezo Editores. Within the academic and educational fields, Mr. De la Parra acted as the Executive Vice President: Executive Chairman of the WAMS Mobile Health Division, WAMS Chief Coordinating Officer, a member of the WAMS Executive Council (WAMS Executive Board), a member of the WAMS Education & Training Board (ETB), a member of the WAMS Editorial Board, an Honorary Member of the Academy Faculty FWAMS, an Honorary Fellow of the Academy & is also a Senior Partner at WAMS, The World Academy of Medical Sciences. He is also an Advisory Board member, functioned as the Chief Operating Officer and is a Co-founding Partner at The Reprogramming Medicine Association. Mr. De la Parra is also a member of Singularity University and of OpenExo. In relation to the organizations that Mr. De la Parra has collaborated with for social impact and empowerment, he is a member of the Laurentia Project and of Cerebro Mexico, he serves as an Advisory Board member of the Lifeboat Foundation, as an Advisory Board member of the Future Worlds Center – Cyprus Neuroscience & Technology Institute (Senior TV Program), while also being a Federated member of the International Longevity Alliance and a member of the Transhumanist Party. He is a voting citizen and is running for Mayor & future Parliamentary Candidate at Asgardia. He is the Chief Digital Strategy Officer and Member of the Board of Advisors at the Transdisciplinary Agora for Future Discussions, a member of the Web Committee at the Life Extension Advocacy Foundation/Lifespan.io, volunteered with SENS Research Foundation for the OncoSENS Program in Digital Strategy, and acted as Digital Strategy adviser at the Major Mouse Testing Program. He also functioned as the founder and former Board of Directors member of Astrum Fundación and was Digital Strategy Advisor for POKI Ciudad Orgánica. He is also a part of the General Member Board at the National Autism Association, the National Fibromyalgia Association, the International Literacy Association, and the United Spinal Association. Mr. De la Parra is also member of several associations for technology including: the World Blockchain Association, the Computing Technology Industry Association, the Internet Marketing Association, the Application Developers Alliance, and the Association of Strategic Marketing. Mr. De la Parra’s activities in arts & culture involve being the Digital Strategist and member of the Executive Board of Legado Cultural Siqueiros, a member of Sociedad de Autores y Compositores de México, while also being a member of the Executive Board at Sociedad Latinoamericana de Ópera. He also served as Digital strategy Advisor at Xicome Festival. He is a media professional at IMDB, SoundCloud and ReverbNation and has had activities in the entertainment industry as music producer, composer & arranger for Televisa with broadcast television, film, radio, and web, receiving international awards with aired content in more than 185 countries. For the energy sector, he worked as the Vice President of Strategy & Operations of PetroM Energy, and is a member of the National Introducing Brokers Association and a part of the National Biodiesel Board (Alliance Program). Prof. Dr. Max Welling is a research chair in Machine Learning at the University of Amsterdam and a VP Technologies at Qualcomm. He has a secondary appointment as a fellow at the Canadian Institute for Advanced Research (CIFAR). Max Welling has served as associate editor in chief of IEEE TPAMI from 2011-2015. He serves on the board of the Neurips foundation since 2015 and has been program chair and general chair of Neurips in 2013 and 2014 respectively. He was also program chair of AISTATS in 2009 and ECCV in 2016 and general chair of MIDL 2018. He is a founding board member of ELLIS. Max Welling is recipient of the ECCV Koenderink Prize in 2010. He directs the Amsterdam Machine Learning Lab (AMLAB), and co-directs the Qualcomm-UvA deep learning lab (QUVA) and the Bosch-UvA Deep Learning lab (DELTA). He has over 300 publications in machine learning and an h-index of 68. 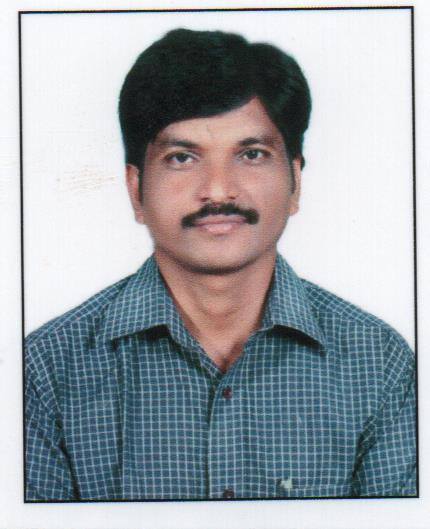 Dr. M.R.Jayapal received Ph.D. in Synthetic Organic Electrochemistry from Sri Venkateswara University in 2010 and done M. Sc. in Organic Chemistry from Sri Venkateswara University in 2005. He started as an Assistant Professor in Chemistry in Institute of Aeronautical Engineering in 2011 and as an Assistant Professor in Chemistry and Head at Narasaraopeta Engineering college in 2013. After that joined as a Research scientist in National University of Cordoba in Argentina from 2015.to 2018. Presently working as a Talented Young scientist in YanCheng Institute of Technology in China.His interested research areas are Synthesis and Bioassay of Novel Heterocycles, A study on biologically potent Heterocycles, Synthesis of Nano particles and Synthesis, characterization and Electrochemical behaviour of chalcones ,Isoxazolins,Pyrazolins,Drugs and Pesticides of using D.C.Polarography, Differential pulse polarography,Cyclic Voltammetry, sensitive differential pulse adsorptive stripping voltammetric method ,Electro organic synthesis etc. He has been collaborated research work with South Africa and India various researchers. Dr.Jayapal published over 20 research publications and2 text book and communicated research papers are about 3and working as an Organizing committee member and Keynote speaker in many conferences.